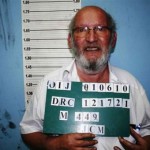 Plastic Surgeons from ThePlasticSurgeryChannel.com react to the arrest today of the faulty French breast implant founder. Claude Mas, the 72-year-old head of PIP was taken into custody this morning at his home in the south of France. Mas has been charged with deceptive business practices and fraud and now faces a potential charge of manslaughter after a French women with the PIP implants died of cancer.

According to Adams there are stricter regulations here in the U.S., involving health and the products that are used in health care. The PIP scandal has caused a huge health scare among thousands of women across Europe and South America. PIP was shut down last year in March 2010 after it was discovered that the company was using industrial grade silicone in their breast implants instead of medical grade silicone that is used here in the U.S.

“The silicone implants that are presently used in the United States are manufactured by Allergan, Mentor and Silimed/Sientra (FDA clinical trials only), and must all meet the strict requirements of our Food and Drug Administration (FDA)” says Board certified plastic surgeon, Dr. Caroline Glicksman from New Jersey. 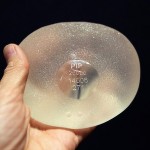 It’s been reported the faulty implants have a high percentage rate of rupturing among many of the women who had the implants inserted. It’s estimated that 300,000 women in 65 countries received breast implants from the company.  PIP exported 80 percent of its products, many of them to Britain, Spain and Latin America, causing worry and confusion for women all over the globe wondering if they too have the implants.

Dr. Adams says if a woman from the U.S traveled to another country for breast augmentation options, she could have received these defective implants. Adams, who specializes in breast augmentation, says “if you’re going across the world or going to other places that don’t have certain regulations, you could run into problems.”  See PSC Mediawire on Medical Tourism for more information.

Currently Over 2,000 French women have filed legal complaints against PIP and their complaints will be investigated case by case.