PIP breast implant crisis.  Plastic surgeons’ offices across the United States are receiving a growing number of phone calls from worried patients. The concerns come on the heels of the breast implant scandal in Europe. Although the scandal from the Poly Implant Prothese (PIP) crisis has been overseas, some surgeons here in the U.S. are left wondering what to tell their patients. 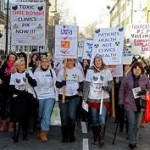 Fears over the defective implants spread across the world late last year after French health authorities advised 30,000 women to have them removed because of an increased risk of rupture. Reports are now saying between 400,000 and 500,000 women in 65 countries are believed to have implants from PIP, once the world’s third-largest silicone implant producer.

Even more alarming are questions surrounding the type of silicon used in the PIP implants. PIP founder, Jean-Claude Mas, was arrested and charged in France with causing “involuntary injuries”. To cut costs, Mas was making the implants with industrial grade silicone that could cause potential health problems.

Here in the U.S., The Food and Drug Administration (FDA) found that the PIP saline implants were prone to rupturing and the devices were banned.

In other European countries, according to Patrick Malucci, MD FRCS, a breast implant expert in the U.K., government approval is easier to acquire. The CE Mark, meaning “European Conformity”, is a mandatory mark that means the product is safe and meets the European health and environmental protection legislation. It also means the product can be placed on the market for consumers.

Dr. Malucci says, “What seems to have happened with PIP, is they got their CE approval, then discarded the good silicone and replaced it with illegal non-medical grade silicone.  The failure here is that once you get a CE mark, it seems that nobody else checks on you again.”

“Price is still the biggest selling point for cosmetic surgery tourism, but you may be taking unnecessary risks with products or devices that have not been proven safe and effective,” warns Dr. Glicksman.

Dr. Glicksman says, “Even though there are many well qualified plastic surgeons outside of the United States, there are countries that just do not have the same level of strict consumer protection that we have here in the United States.   If a woman from the U.S. travelled overseas for breast augmentation, she needs to know what type of implant she has.” 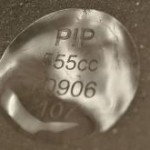 According to Glicksman, “Most patients are given an ID card after surgery that identifies the name of their surgeon and the manufacturer.  If the procedure was done outside of the United States within the last 10 years, I would recommend locating all medical records, or contacting the clinic where the procedure was done.”

If you are sure that you have PIP implants, Glicksman says, then you have several choices. She states, “While the International Society of Aesthetic Plastic Surgeons (IPRAS) and the European Committee on Consumer Safety is encouraging women with PIP implants to have them removed, in some countries, the medical societies are simply recommending that women visit their plastic surgeon for a checkup.”

Glicksman states that what’s important to remember is that a physical exam alone may not be a reliable way to detect an implant rupture. She says patients who are having symptoms should also undergo radiological tests to look for implant failure.