A Jacksonville, Florida plastic surgeon exposes some of the myths behind a breast lift procedure and encourages women who are considering a mastopexy to learn the facts.

Mastopexy, or what’s frequently called a breast lift, is a popular procedure especially among women who have gone through pregnancy, breast feeding or weight loss.  At a certain stage in many women’s lives, they are left with droopy breasts that an implant alone can’t fix.  Dr. Brett Snyder, a board certified plastic surgeon says many patients who are interested in a breast lift have a lot of concerns about the procedure due to common misconceptions. 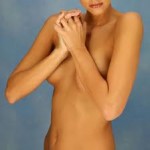 Dr. Snyder says one of the most common myths is the breast nipple is completely removed during a breast lift.  “In reality, the nipple is left attached to the breast and the skin is rearranged to allow the nipple position to be elevated,” says Snyder.  He says, in most cases, nipple sensation is preserved because the nipple is not removed.

Another common misconception is that using a larger breast implant will lift the nipple. Snyder says, “While implants are very useful to restore breast volume, they don’t actually lift the nipple.”  He explains how trying to use a larger implant to lift the nipple either doesn’t correct the problem or can create long term problems for the patient.

Don’t Allow Your Fear of Scaring Determine Your Decision

Scars are another misconception most patients fear.  Either they’ve seen or heard of bad cases or they fear their scars will be unattractive to themselves or to their husband or partner.  Snyder says most patients tell him that they are extremely happy with the end result and the scars healed nicely.  The majority of his patients say the improvement of the breast shape is worth the trade-off of a barely noticeable scar.

Snyder says if you’re considering a breast lift but have put it off because of any of these myths; don’t put it off any longer.  He says your first step should be to visit a board certified plastic surgeon to discuss your concerns and hopefully, some of your fears and apprehensions will be put to rest.