A Boston, Massachusetts plastic surgeon explains inverted nipple surgery and says breast size and shape are no longer the only concern of women seeking breast surgery. Some women have an inverted nipple, where the nipple, instead of pointing outward, is retracted into the breast. Plastic surgeons say this can be a source of anxiety and embarrassment for women who find that breastfeeding, body image, and sexuality may be affected by nipple inversion.

Dr. Christine Hamori, a board member for ThePlasticSurgeryChannel.com was a featured speaker during the recent convention of the American Society of Aesthetic Plastic Surgeons, (ASAPS), in Vancouver, Canada. Her topic on inverted nipples, is a condition that effects up to 2% of the female population. Hamori says many women with this condition often choose to undergo surgical correction. 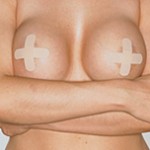 Hamori says, nipples that are inverted or retracted can be resized and reshaped. “Surgical treatment of inverted nipples consists of releasing the tethering milk ducts through a small incision and placing a cartilage spacer from the ear to maintain the size and shape of the nipples,” says Hamori.  The scar is placed at the base of the nipple and is barely visible after healing. Surgical correction of the inverted nipple may be done under local anesthesia in the office. Hamori says the recovery time is short and the results are long lasting.

Nipple Surgery Can Cause Problems For Women Who Want to Breast-Feed.

One of the risks associated with inverted nipple repair is that you may not be able to breast feed. Hamori warns, “Women who have inverted nipples may want to wait until they have children prior to undergoing surgery.”

Recovery after inverted nipple repair typically involves some mild swelling and moderate bruising.  Hamori says most patients are back to their regular activity within two days.