Fat grafting to the breast is a plastic surgery procedure that uses the patient’s own fat to fill out or add volume to the breast. Over the past year there have been two landmark studies according to Louis P. Bucky, MD a board certified plastic surgeon who operates a private practice in Philadelphia, Pennsylvania. “Originally it was can we do it or should we do it? Now the answer is yes, and how can we do it better.”

According to Dr. Bucky, one study looked at MRI’s and the predictability of how well fat stays in breast augmentation patients.  The results, says Bucky, were very good.  Two-thirds of the fat stayed and the variability from patient to patient was significantly reduced.

It’s yet another step toward what Dr. Bucky believes will be a viable and safe option for women seeking 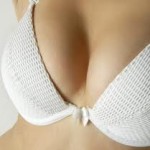 breast augmentation. The process involves injecting fat, a process that’s also called fat grafting. Surgeons can take fat cells from one area of the body and transfer them to another area of the body. The process is currently used in facial reconstruction as well as breast reconstruction after a mastectomy. Some doctors including Dr. Bucky also use the method for augmenting the size or shape of the breasts for cosmetic reasons.

Dr. Bucky says, “We’re learning a lot about fat grafting, not only does it have a good role in cosmetic augmentation but it has a good role in reconstruction and benefits both groups in revision for patients who are having problems with breast augmentations and revisions.”

Bucky also points to another recent long term study looking at both fat grafting in reconstruction and cosmetic patients which showed great reliability using pre-expansion of the breast to help make that process more reliable. “Both clinical activity and science are going hand in hand, there’s almost a race between which comes first. I think we’re going about it now the right way”, says Bucky.

Fat grafting to both the face and the breast have been around for many years. According to Bucky, fat has a number of advantages. “The volume of fat we can introduce into the breast either over an implant or in place of an implant allows it to be the ideal filler.” Bucky says, “If we think of the breast as having fat and breast tissue over the muscle, by providing fat back into that same space only makes sense.” He says, “as long as we can do it reliably, the longevity, the absence of maintenance and the opportunity to make a natural breast is much better with our own fat than with a filer.”

The Future of Fat Grafting

According to Bucky researchers are continuing to work to improve variable results. “I think it’s going to continue to advance and change what we are doing both with making breast implants better and also in those women who want breast augmentation without implants.” He also believes the option will especially benefit those patients who have had mastectomies and reconstruction, who he says “need and can now have a more natural and more aesthetic result.”

Dr. Bucky performs over 400 breast surgeries each year and is a national speaker on breast augmentation and mastopexy.