Women who are considering breast augmentation now have more options when it comes to choosing their breast implants.  Dr. Caroline Glicksman, a board certified plastic surgeon from New Jersey, tells ThePlasticSurgeryChannel.com how this new highly cohesive implant gives American women the same access to safe and modern implants as women around the world.

What FDA Approval Means to Women

“Until recently, unless a woman entered into a clinical trial, or traveled outside of the United States, she had only two choices in breast augmentation.  Her choices were limited to either round saline implants or round gel implants, manufactured by Mentor or Allergan. This duopoly ended in March of this year when the FDA approved the sale of Sientra’s round and shaped silicone gel breast implants.

With this approval, it is very likely that the FDA will soon be approving the newest generation of form stable breast implants, sometimes known as the “Gummy Bears.” This will give American women some of the same choices in breast augmentation and reconstruction that women Canada, Europe, Asia, and South America already benefit from.

Not Your Mother’s Breast Implant 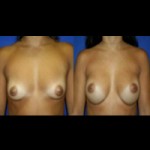 “Breast implants have really changed over the last 40 years. The breast implant that your mother or grandmother may have had is not the same device that’s currently being used,” says Glicksman.  Dr. Glicksman clears up the confusion many of us have regarding all the different types of implants currently available, “Silicone can go from a liquid all the way to a solid, with the breast implant being somewhere in the middle; just soft enough to feel like a breast.”

Implants can be filled with different materials:

Cohesive gel implant – This is a soft gel, but not thick enough to maintain its stability of its shape in all positions. This implant can form some creases and folds.

Highly cohesive gel implants – (Gummy Bear implant)- The gel inside the implant is thick enough that it holds its shape where it resists folds and creases.

Glicksman says what’s most important for a patient to know is how long the implant will last.  She says it’s believed that the less creases and folds in an implant, the more likely it is to hold up over time. Dr. Glicksman follows all of her breast implant patients long-term.  She says routine screening is important for breast health. “We also have to remember that the implant needs to be screened as they age. The FDA requires a screening at three years, but many patients are not compliant,” says Glicksman.

Careful examination combined with mammography and ultrasound, can detect some implant failures. That’s where the importance comes in as to the fill of the devices. She says, “As implants become more highly cohesive, the gel is less likely to migrate in the case of implant failure.” 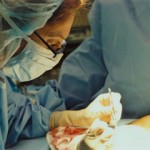 For the last 20 years, Dr. Caroline Glicksman’s  focus has been on women’s breast health. In the late 1990′s she fought to mandate insurance coverage for breast reconstruction, and for 15 years she’s worked nationally with the American Society of Plastic Surgeons (ASPS) and the American Society of Aesthetic Plastic Surgery (ASAPS), as well as the manufacturers of breast implants, to bring safe gel implants back to the United States.

In 2003, and again two years later, she was one of only a handful of plastic surgeons to testify before the FDA’s Panel on Silicone Breast Implants. She is credited with bringing more patients to testify on behalf of silicone safety than any other physician in the country. She lectures both nationally and internationally on breast augmentation and reconstruction.