The Plastic Surgery Channel / Face Videos / Rhinoplasty (Nose Surgery) Video / Ski Slopes Are Fun, But Not On Your Nose!

Ski Slopes Are Fun, But Not On Your Nose! Ski Slopes Are Fun, But Not On Your Nose!

When looking for a new nose — the turned up, ski slope nose is “out” and the “natural” look is in.  Dr. Larry Weinstein — a board certified plastic surgeon, helps his patient’s achieve a look to enhance their profile, without altering their overall appearance.

“With men, a nose should have a straight angle, and with women we want to have a slight indentation to feminize the nose,” says Weinstein.

There are no more guessing games. By using 3D imaging technology, surgeons like Weinstein are able to map a client’s face and show them the impact of various “slopes” or other techniques before they scrub in for surgery.

“It really enhances the ability for me to communicate with a patient, so I can get a realistic idea of what we can achieve, for their face,” Weinstein says. 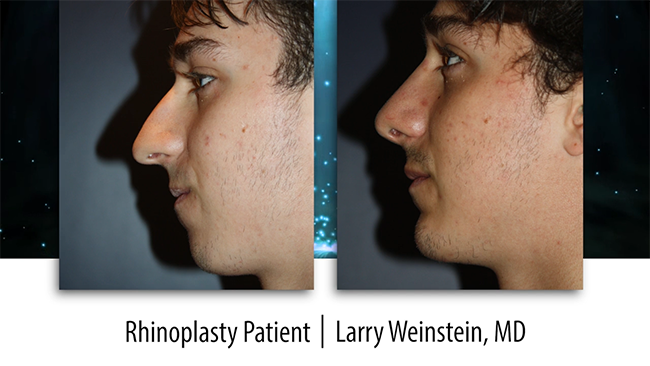 Weinstein is also an advocate of taking a proportional approach to enhance a person’s individual look. Many times those seeking a nose job, may also benefit from a chin augmentation.

When someone brings in a photo of a celebrity — that means the patient wants to look like a star. In those scenarios, Weinstein recommends they return with their mother, father or “somebody that really cares,” and they’ll all look at the options together to find what’s best for the patient. Why Go To The Trouble?

Surgery itself is somewhere between one and three hours and most recovery symptoms, such as swelling, subside after a few weeks. Beyond the typical R&R, patients are advised not to smoke for several weeks following surgery, and avoid wearing glasses to protect the nose.