If you thought the bad skin days of your teenage years were behind you, you may be surprised to learn adult acne is very common.  Some people never outgrow their skin problems while others have a resurgence of acne later in life. Doctors say adult-onset acne is on the rise especially for women over the age of 25.

Women are finding they’re not only battling wrinkles as an adult, but acne too. Board certified plastic surgeon, Dr. Brett Snyder says, “Many people may not know that adult acne affects up to 40 percent of woman between the ages of 20 to 50.” He says women in their early 20’s can have upwards of a 40 percent incidence of adult acne. “If it goes untreated, it can produce undesirable side effects such as scaring and pigmentation abnormalities,” says Snyder.

Hormones and Stress are Key Factors in Adult Acne 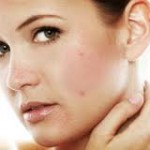 Acne may be a bigger problem for women because of hormones. Sometimes acne can be dormant for years, but when stress kicks in and the hormones are at work; here come the problems.  Those problems include acne scaring and pigmentation issues.

Snyder says one way to treat acne scaring is through lasers. “Some newer technologies have really improved the treatment of acne scars. These would include both ablative fractional and non-ablative fractional laser treatments,” says Snyder.  He says many of these treatments have a very limited downtime and after several treatments, patients can experience significant improvement in their scars and pigmentation.

The ablative resurfacing laser treatments shave down the surface of the skin and as the skin re-heals, it heals in a smoother way.

The fractional laser treatments deliver laser energy down in the depth where the acne scar is located and can significantly improve the color tone and texture of patient’s skin.

The Best Treatment is Early Treatment

Snyder says don’t wait too long to see a doctor if you’re experiencing acne; you don’t want to be left with scars. “In my practice I see a lot of acne scaring that requires laser treatment, and a lot of it didn’t have to happen.  The best treatment is aggressive medical treatment early on and this can usually be accomplished with well-known cosmetic treatments such as retinols, and benzoyl peroxide,” says Snyder.

Some forms of acne however, require topical or oral antibiotics or even brief courses of duration with Accutane, an oral medication used to treat severe nodular acne.  “As soon as you develop nodule cystic acne that’s not responding to the usual medicines, you should see a doctor right away to avoid scaring or other skin pigmentation problems,” states Snyder .