It used to be fat was a bad word, but new advancements in medical technology have opened the door for surgeons to use a patient’s own fat to improve the looks of their face, breasts, or even their buttocks. “Before, no one wanted their fat” says Dr. Brian Reagan, a board certified plastic surgeon from San Diego. Now, he says, “we’re realizing there are areas where fat is good.” 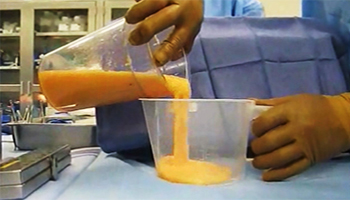 Not long ago, surgeons were suctioning fat and throwing it away. “Nobody liked fat, it was a bad thing. Now we use the fat and put it back into the patient’s body where it’s needed; it’s like gold,” says Dr. Dan Del Vecchio, a board certified plastic surgeon and a leader in the field of fat transfer.

Before injecting fat into a patient’s body, it has to be removed, cleaned and prepared while keeping the fat cells alive. This technique is called fat harvesting. The harvesting of the fat is one of the most important phases of fat transfer says Del Vecchio. “Technologies range from simply suctioning fat from a vacuum to water assisted technologies to ultrasound energy to mobilize the fat,” explains Del Vecchio.

Fat is Popular for the Face and Breast 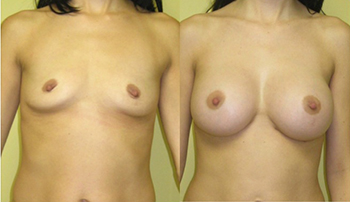 Two of the most popular applications for fat injections are for the face or in breast reconstruction and augmentation says Reagan. He performs a lot of fat grafting to the face and says, “Traditionally we would inject fat into the nasolabial folds and into the lips, but over the last year or so I’m finding that I’m getting great results injecting fat into the cheeks and into the temple hollow.”

William P. Adams Jr. MD from Dallas, Texas is studying water assisted fat harvesting technology with the Body Jet system to improve the efficiency of retrieving fat for thinner patients needing breast augmentation revision. “Some of these harvesting technologies I use with my patients make it easier to harvest small amounts of fat in a patient that doesn’t have much fat,” says Adams.

Del Vecchio says water assisted liposuction, or Body Jet, appears to be a very efficient way to harvest fat. He says the fat is mostly bloodless, which is helpful in preparation, and it may offer less pain at the donor site. “I think this is one of the more promising technologies out there,” says Del Vecchio.

Del Vecchio says, “There are three main technologies that are out there and it’s too early to tell which one is going to win, but I think they are all very interesting and we are examining them very critically right now.” “We’re really learning what the results are but I think what we’re finding is fat definitely has some real benefits for patients. How good are the long-term results? That’s an evolving subject,” says Adams.

Biofilms Cause Havoc for Breast Implants
Are Doctors Losing Their Voice In Healthcare?