Are Doctors Losing Their Voice In Healthcare? Are Doctors Losing Their Voice In Healthcare?

As the election draws near, the debate over health care is even more uncertain and caught in the middle are physicians. Many of them say more government regulations are not the answer. Louis P. Bucky MD, a plastic surgeon in Philadelphia, Pennsylvania, says it’s harder for physicians to be innovative. “We deal with more regulations; a lot of compliance restrictions both with our relationship with industry as well as limitations of trying to provide the best care for our patients,” says Bucky. 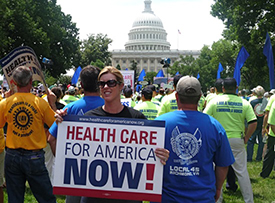 Medical companies work closely with physicians like Dr. Bucky in developing new technologies and innovations. These relationships are closely regulated by the government under the new Affordable Care Act.  Now, a provision called the Physician Payment Sunshine Act set to go into effect next year will impose more regulations. The Sunshine Act requires that all drug, medical device, and medical supply manufacturers disclose every payment or ‘transfers of value’ made to physicians or teaching hospitals.

Transparency in the Medical Field

Vice Chairman of the Department of Plastic Surgery at the University of Texas Southwestern Medical Center in Dallas, Texas, Jeffrey Kenkel MD, says the Sunshine Act is about transparency. “The challenge that we have with the Sunshine Act are the restrictions that are out there and coming; it kind of separates industry and the doctors,” says Kenkel. He says, “On one hand, it may be a good thing for the patient, but on the other hand there’s a lot of good that comes out of partnerships with the medical industry.”

Anesthesiologist, William Chad Conner MD, from Baylor University Medical Center in Dallas, Texas, says the Sunshine Act is important because anytime you’re spending someone else’s money there has to be transparency with regard to who’s funding you. “People believe the profession is considered so noble that conflict of interest couldn’t occur; but it does and I see it on a regular basis,” says Conner. Conner says just as politicians have to do it and lawyers have to do it, why shouldn’t medical doctors have to have the same transparency in the relationship with their patients?

New Company Aims to Give Doctors a Stronger Voice 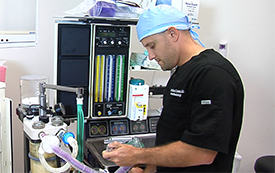 Another important relationship is the one between doctor and the medical industry, according to Robert Grant. Grant is the former President of Allergan Medical and Bausch and Lomb Surgical. “It’s the physicians who have the best ideas, and it’s the companies who are able to focus on the doctors success are the ones who ultimately have the most success,” says Grant. His experience and insight has led to the creation of “Strathspey Crown” a growth equity firm that’s partnering with physicians and investors in a new way. He says Strathspey Crown is “the first de-regulated vehicle to be able to make acquisitions, invest in technology and do it closely in partnership with physicians.”

Grant says Strathspey Crown will acquire products and businesses related to the booming, lifestyle health care industry.  “I saw a compelling need in the market, particularly in the non-reimburse sector of health care,” says Grant.  Because elective procedures don’t qualify for third party government reimbursements, Grant says his company can opt-out of restrictive government laws because of their focus on cash pay technologies. “That’s the beauty of the non-third party payer system.  We can go after the lifestyle sector of health care and it shouldn’t be the types of products the government wants to cover. We should not also be limited to the access of products we can get simply because the government doesn’t want to pay for those products,” says Grant. He believes not only will this mean better innovation, but more importantly, more choices for patients and a voice for physicians.

Fat, No Longer a Bad Word
Avoid Plastic Surgery with Botox and Fillers