On the surface, it’s a simple question… What is a full C cup? It represents a long-standing challenge for patients and their plastic surgeons as a ‘full C cup’ to one person may be significantly different for another.

by John Hammarley
and The Plastic Surgery Channel

You’d think since we’ve already taken a solid step into the 21st century, it wouldn’t be a problem agreeing on something as seemingly straightforward as a cup size for a woman’s breast.

“Not a day goes by when someone comes into my office and says ‘I want to have a full C cup’ when we’re talking about breast augmentation,” says William P. Adams Jr., MD, a Dallas plastic surgeon. “The problem is there’s not even a bra that’s a full C cup bra.”

It’s a lot like clothing sizes. Today’s size six in a woman’s dress most likely is a far cry from how big (or small) a size six was just a decade ago. It’s called the same thing, but the actual size can vary by the manufacturer, the generation is was made and who’s describing it. 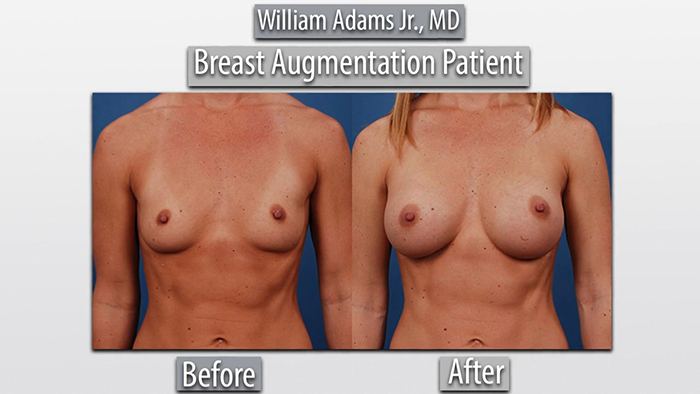 An estimated 70 percent of women don’t know their proper bra measurements. Without knowing these measurements, it can be very difficult to buy fashionable and well fitting clothes, let alone estimate a different size breast they may like through augmentation.  Many women’s clothing items use bra or cup size measurements to distinguish differences in fit, so these measurements can be extremely important.

Additionally, a woman’s breasts change significantly over time, particularly during and after pregnancy. Weight loss, gain and monthly cycle variations can also have an effect on the size of your breasts. It is advised that you check your bra size once or twice a year or as necessary due to significant weight changes.

“I think there’s no topic greater than this one to find more differences of opinion in between plastic surgeons,” says Constantino Mendieta, MD, a Miami-based plastic surgeon. “You’re not going to find two people who agree on the same answer to this question.”

How to reach a concensus

Dr. Mendieta suggests three ways patients and doctors can come to an agreement on the size of any given breast size. First, measure. “So that your current breast will determine what’s the best implant that your body can accommodate,” he says.  The second way is for the patient to bring in a picture of the size of breast she’d like. A picture may be worth a thousand words as well as being an invaluable guide for both patient and doctor. And the third method would be to use so-called bra ‘sizers.’ Dr. Adams, in his practice, likes to steer women away from fixating on cup sizes and instead utilizes three dimensional imaging. By using this technology, Dr. Adams is able to employ scientific accuracy to show the patient exactly what any certain size implant will look like, instead of estimating with sizers or approximating with a photograph from a magazine. Online Consults: Good or Bad Idea?
Fat Transfer to the Breast is a Win Win