MARINA DEL REY, Calif.–The Plastic Surgery Channel’s own Dr. Grant Stevens, will be on “The Doctors” (CBS)  to demonstrate the CoolSmooth™ applicator for thighs on Thursday, September 11. CoolSmooth is the latest addition to the CoolSculpting system.

CoolSculpting is a non-surgical body contouring procedure using controlled cooling to reduce fat deposits. “Once the fat cells are treated, they are gradually eliminated through your body’s own metabolic process, reducing the thickness of the fat layer,” says Dr. Stevens.

“We’re excited to demonstrate this new addition to the CoolSculpting group of applicators. It’s an excellent nonsurgical option instead of traditional liposuction. Originally ideal for men and women who want to reduce fat deposits on their flanks, back, abdomen and love handles, we now can treat non-pinchable fat bulges like thighs,” states Stevens.

Marina Plastic Surgery has received several Crystal Awards from ZELTIQ® Aesthetics, Inc., the company that launched CoolSculpting. Additionally, the plastic surgery and aesthetics practice is the number one medical location in the world offering CoolSculpting.

Patients can read a book, text or relax and listen to music during the procedure. Although this method does not offer the more extensive fat loss available from traditional liposuction, it is a great alternative for those with smaller areas of fat. “Those who undergo CoolSculpting typically enjoy the toned, slimmer results three to four weeks after their treatment, ” says Dr. Stevens.

With CoolSculpting, you can return to a normal routine immediately, including exercising, work and any other necessary activities. Possible side effects are redness on the treated area, but that should clear within hours. Bruising may also occur, but will fade away within weeks. 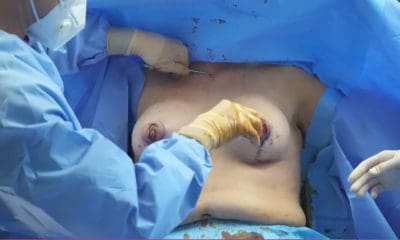 The Best Bang for Your Buck to Rejuvenate the Face