The Debate Over Athletes and Breast Implants

The Debate Over Athletes and Breast Implants

It was a simmering question at the Rio Olympics surrounding Australian hurdler, Michelle Jenneke – did she or didn’t she get breast implants? It is natural for all women, including female athletes, to consider augmentation to boost breast size, but for fit females special considerations may come into play.

The 2016 Olympic games in Rio are history. While the world focused on the extraordinary athletic talents of names like Michael Phelps, Simone Biles and Usain Bolt – others were enamored by the perkier-than-usual bosom of Aussie hurdler, Michelle Jenneke. 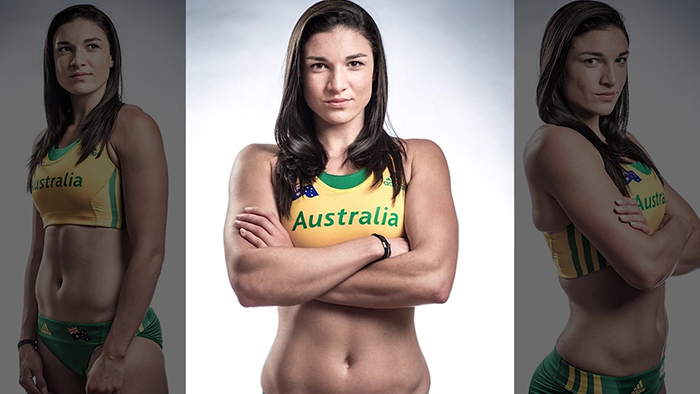 The Australian made her Olympic debut but few talked about her performance on the field; it was her breasts making headlines and Jenneke didn’t seem to mind. It’s clear she has a bigger bosom and the hurdler wore plenty of tight, stretch uniforms to show off her new physique.

Still, Jenneke isn’t ready to confirm she did have cosmetic surgery, but doctors say that’s alright because she’s still proud of her new curves. “She is a great example that you can be an athlete at the very highest level and still enjoy the contours of your chest,” says Dr. Clifford Clark. Clark is a plastic surgeon in Winter Park, Florida and says it makes a strong statement to see an elite athlete proud of her new shape. He adds that Jenneke isn’t alone  in wanting to be fit and curvy. “We are seeing crossfit athletes and body builders who enjoy being in the gym, but they still want to look like a woman.”

Women who workout still want to look feminine and a breast augmentation may be the way to achieve the desired look. There are a variety of options, to achieve different results. Breasts DO NOT all look the same. A breast augmentation is a procedure that is unique to you, and so are the results. You can make a decision and choose a more augmented look, that has a lot of fullness at the top, or you can opt for a natural look and choose something with more fullness at the bottom.

It’s best to work with a board-certified plastic surgeon when making this important decision. “When helping an athlete to make a choice, the size and placement of the implant will matter,” says Clark. He says it is always a strong consideration about whether to place the implant above or below the pectoral muscle. “I think long and hard about all that goes into the surgery for an athlete and that includes the placement. It really has a lot to do with a women’s body type and the sort of physical activity they do and so each athlete has their own set of nuances and considerations.” Clark says breast augmentation is still something that a female athlete should definitely consider. “It is well within consideration for an athlete to have breast augmentation.”

It wasn’t that long ago when breast augmentation was considered taboo, except for those women working in the world of exotic dancing. That’s changed. Breast augmentation is mainstream for all women who want to look more feminine, including women who are athletes.

“There no reason why breast augmentation shouldn’t include women who stay fit.” – Dr. Bruce Van Natta

Van Natta, a plastic surgeon in Indianapolis, Indiana, says attitudes have changed and so has his clientele in recent years. “I personally have the experience of operating on a lot of body builders, who are serious about their muscles and their sport.” Van Natta says even women with very low body fat make excellent candidates for breast implants. “Often you think that someone who is very thin, even with body fat in the single-digit level, might be too thin,” shares Van Natta. “Their breasts don’t have fullness. But, it’s natural to want to have some feminine shape in their chest and the breast implant is a great option.”

Working out should be about health and feeling good, and if that means ultimately considering breast implants, doctors say any athlete should give it a shot. “If it makes a woman, even a really fit woman feel feminine, then go for it,” says Van Natta.

DAWN TONGISH: The Rio games may be history but we’re still talking about Michael Phelps and all those Olympic medals. Simon Biles and her tiny but powerful punch. And also on the radar, Aussie hurdler Michelle Jenneke. It isn’t her Olympic debut on the field that has people chatting, but her perkier than usual bosom. And while she isn’t saying if she did or didn’t get breast implants, Jenneke doesn’t seem to mind the world is focused on her new cleavage.

CLIFFORD CLARK, MD: She’s a great example that you can be an athlete at the very highest level and still enjoy the contours of your chest.

TONGISH: Clark says fit women who work out still want curves, but do require some special thought before the surgery.

CLARK: WE think long and hard about size, position – which is whether they go above or below the pectoralis major muscles. That might have implications as to what type of physical activity they use. And so an athlete has their own specific nuance and considerations but it’s well within the norm of most very, very vigorous female athletes to have breast implants.

TONGISH: We really have come a long way. It wasn’t that long ago breast implants were considered off-limits except for women who made their living as exotic dancers. Well that’s changed. Now breast implants are for any woman who wants to feel better about herself. And that of course includes athletes.

TONGISH: Van Natta says it’s always a decision to place the implant above or below the pec muscle, and that depends on the patient. But he says athletes – even those with very low body fat – are good candidates for breast implants.

VAN NATTA: Often, if you think about it, they’re very thin. Sometimes that body fat may be in single-digit level, so their breasts don’t have the fullness. And it’s natural for them to want to have some feminine shape to their chest, and the breast implant is a great option.

TONGISH: That’s the beauty of being an athlete. It might be at the elite level, or someone who likes to push iron at the gym. Staying in shape doesn’t mean you can’t still consider cosmetic surgery. It’s all part of being a woman: options.

CLARK: It’s become a very important and accepted part of femininity and feeling good about yourself.